Day trip to Busan and Ulsan

During our recent stay in Seoul we did a side trip to Busan and Ulsan. Knowing that a day trip is way too less to see everyting we still decided to take this opportunity.
We’ve chosen to fly with Air Busan (part or Asiana Airlines) on the route Seoul Gimpo (GMP) – Busan (PUS): 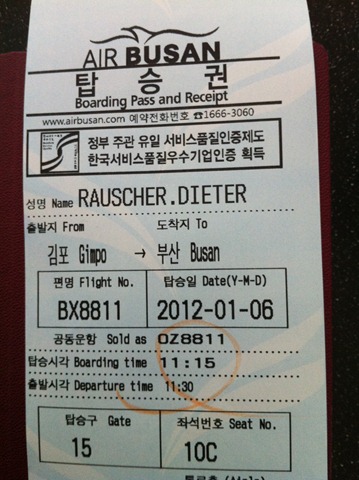 Main reason for this choice was the combination of ticket fare, schedule, nice destination and a good connection to another airport for our way back to Seoul.
Air Busan is part of Asiana Airlines (a Star Alliance Member) but does not allow mileage earning with Lufthansa Miles & More or BMI Diamond Club. The GMP airport is more a regional airport and can be reached within 20 minutes by train from downtown Seoul Station.
Aircraft was HL7232, one of the 3 Boeing 737-500 from Air Busan. Unfortunately no online checkin, but I got a seat in Row 10, still an exit row with just 2 seats with slightly more legroom. But seating was comfortable.
For the 3 hours in Busan we decided to give the local Aquarium a visit.
From Busan to Ulsan we took the KoRail train KTX 148 for 8100 Won (equals approx 5,50€ or $7.00). 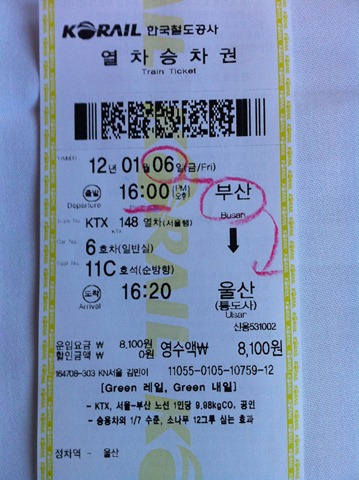 As both airports are far from the city centers we took a taxi from PUS to Busan and a public bus in Ulsan (Bus 5003, 3200 Won) from the KoRail station to the airport. Actually this was a nice sightseeing ride through Ulsan. They even have a McDonald’s there :-) Unfortunately we could not convince the bus driver to stop a minute as I haven’t been to a McDonald’s in Korea…..ok, just kidding (re the bus driver). 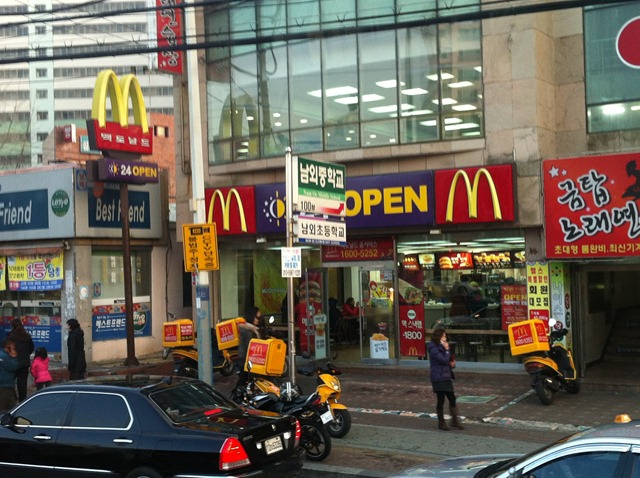 The flight back from Ulsan (USN) to Gimpo was with Asiana Airlines with the Boeing 737-400  HL7511. Had a seat in row 6 which was very uncomfortable due to restricted legroom. But I earned 750 Status and Award Miles with Lufthansa Miles & More. 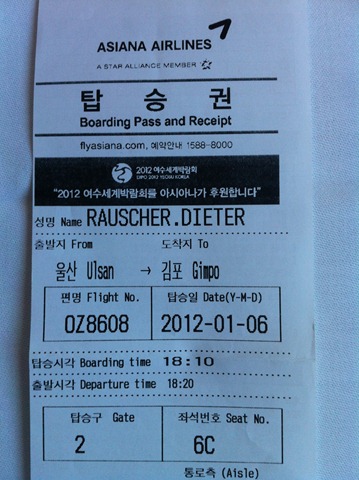 All in all it was a nice excursion trip with a whole bunch of new impressions. It was worth it.