When a good friend of mine asked me several month ago if I want to join the group for an adventure tour with some not-so-common airlines and destinations I quickly agreed. Sounds like fun. So we improved the travel details and here’s the result:

For me it was w welcome occassion to fly with airlines I’ve never flown before and even never considered to fly with. Like EasyJet. Or Vueling.

As mentioned, it was my first flight with EasyJet, too. Fare was reasonable with approx 49€. Did not purchase Speedy Boarding but got hold of an Exit Row seat. Flight left in MUnich in Terminal 1B so I took advantage of my Priority Pass to visit the Atlantic Lounge in Terminal 1C for some drinks. Lounge is comparable to a typically Lufthansa Business Lounge. So nothing really to write home about. I showed up at the gate approx 20 minutes prior the boarding time to watch the boarding process.  Funny – there was already a long line with passengers. Not crowded, everyone standing in one lane. We had a bus gate and there were two busses running. I was one of the last passengers to enter the first bus – and amongst the first pax to leave the bus ;-)

Seat was comfortable and as the flight was not fully booked the middle seat remained empty. Plenty of legroom. And really nice Flight Attendants. Flight was on time and drinks or a snack could have been purchased. I did not.

I am sure this was not my last flight with EasyJet! Given the reasonable price I got a very good service and value.

Titan Airways is a charter Airline on behalf of Snow Jet. The fly to the skiing destinations Chambers and Sion in the Swiss Alps. Similar to EasyJet it was a nice flight. Food and drinks for purchase. 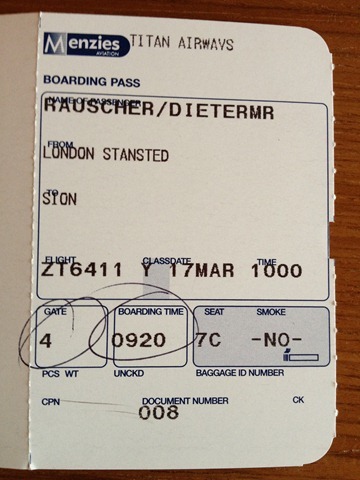 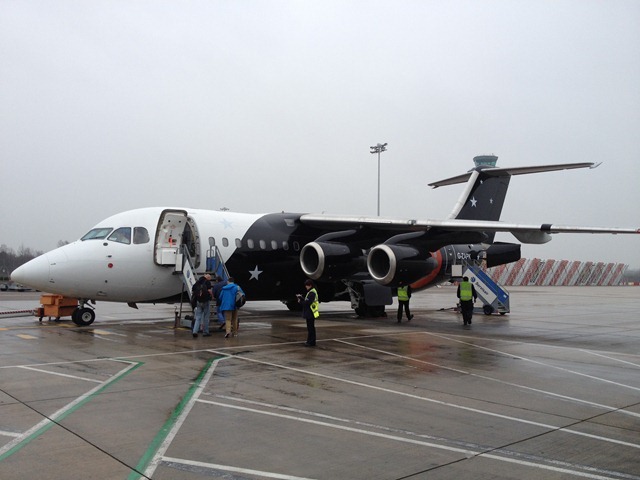 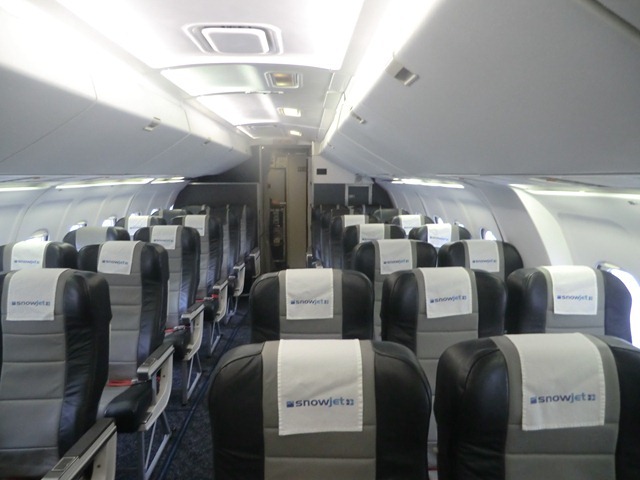 Sky Work is an Airline based in Berne, Switzerland and serves several destinations. Was a very early flight at 06:45. We stayed overnight at the ‘Hotel City’ next to Berne Central Station and we took a bus from there to the Airport.

As breakfast we got two Croissants and some fruits as well as soft drinks. Sky Work even hands out iPads to watch some movies or play some games. Nice. And that’s kind of a low cost airline. Good job. 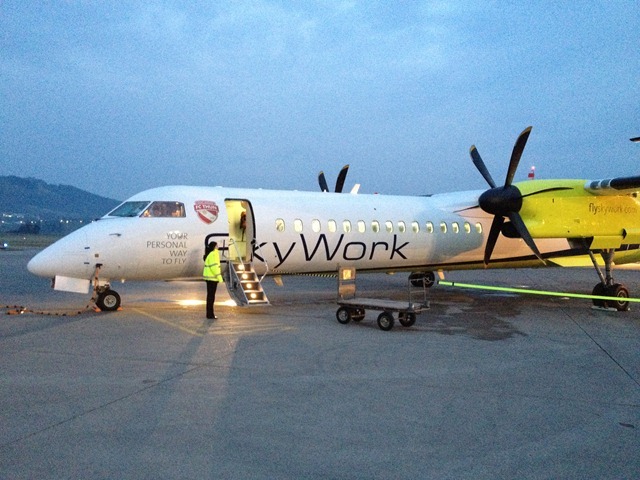 Well, Vueling is the only airline during the weekend which I’ll not choose again. Seat in row 4 was extremely narrow and I did have real trouble to sit due to my legs and me beeing too tall….fortunately the middle seat remained empty. No clue what I would have done if not. Probably left the plane and stayed in Palma de Mallorca. Terrible if you’re 1,97m tall like me. 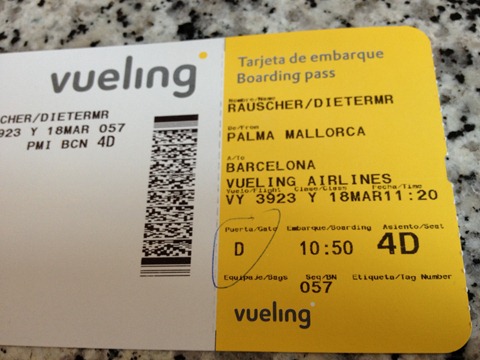 The Air Europa flight was comfortable as we got an exit row in the Embraer 195. Plenty of legroom. 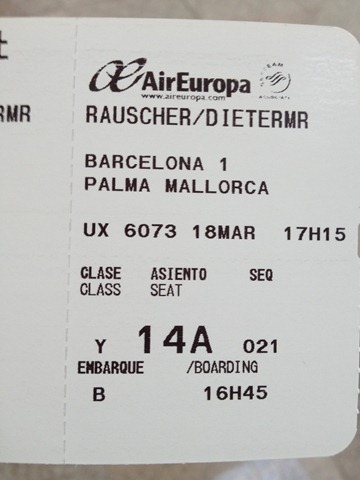 It started with a crowded check in. Plenty of package holiday travelers with large and heavy baggage. Sort of fun to watch them repacking their bags :-P Flight itself was ok. Purchased seats oin row 1 for an additional small fee during the booking but it was worth it. Sat in 01C with comfortable legroom. TUIfly served a hot dinner on this 2 hours flight. Just a small plate of noodles with sauce. Could not find any meat in it. But it was ok. 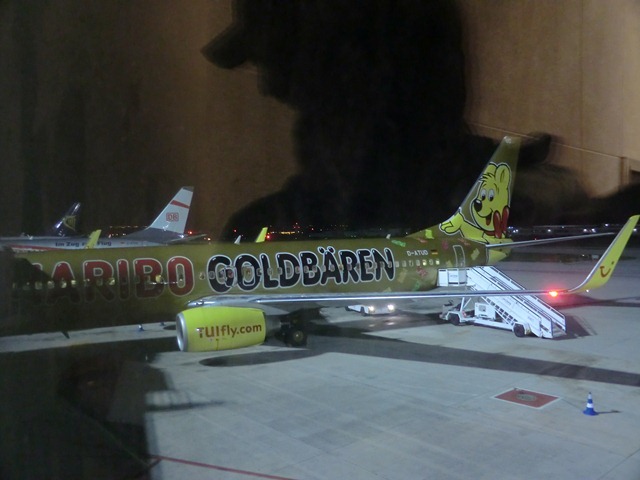 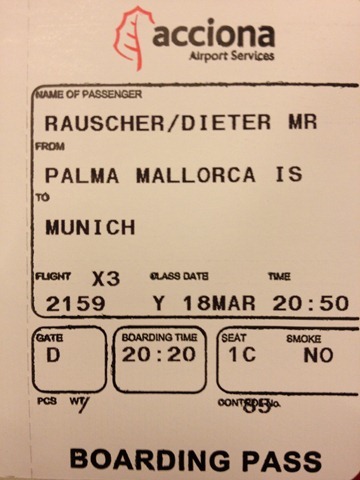 Arrived Munich ahead of schedule.

As mentioned in the beginning, it was a nice adventure trip and I enjoyed it. Thank you guys!